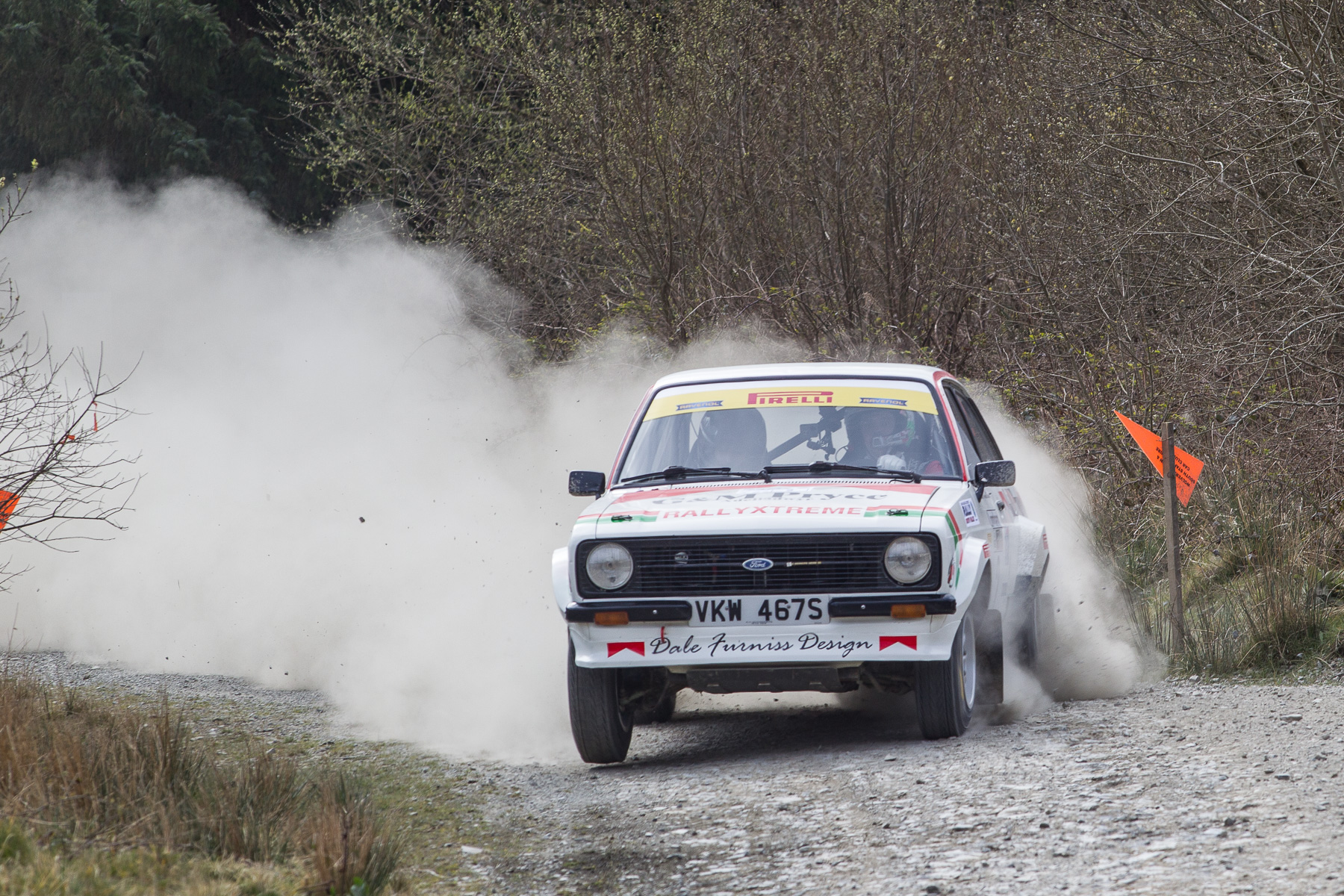 Pryce and co-driver Dale Furniss dominated the National A section which catered primarily for the contenders in the Fuchs Lubricants British Historic Rally Championship, setting fastest time on each of the event’s eight stages in their Ford Escort MK2. The duo would scribe their name on the winner’s trophy for the second time, having won in 2017 behind the wheel of a Ford Fiesta R5.

Their winning margin was a whopping 37 seconds over the chasing pack, led by 2018 rally winner Nick Elliott and Dave Price. Herefordshire’s Joe Price and Chris Brooks rounded off the top three, all in Escort MK2’s.

Hirst would return to the rally after a top three placing last year with Declan Dear on the notes and secured his first ever rally win. Driving his Mitsubishi Evo IX in the National B section, Hirst overcame a late charge from Scotsman Freddie Milne with Patrick Walsh alongside in their similar machine and rapid Ford Escort driver Ieuan Rowlands with co-driver Emyr Hall to take victory.

The Wolverhampton and South Staffordshire Car Club organised event had attracted yet another full entry to the popular rally held in the classic forest complex of Dyfi and Gartheiniog.

Despite the Pryce family home nestling almost in the heart of the stages, victory would never be guaranteed and having not been in a rear wheel drive machine since September, it would take a while to get used to the gravel once again.

But there was no sign of any bedding in for the Dolgellau man. Setting fastest time on the opening four stages, Pryce would find his feet quickly and despite a late drama when the car stuck in gear in the mid-event service, he continued after lunch to dominate the timesheets and secure another Rally North Wales win.

It’s an awesome feeling to have your name on the trophy again” said Pryce.

“I remember the first time, it was pretty special here at home, but when you have a bit more competition like today, we had to give it our all. We were up against the best in Historic rallying and we beat them so it’s very satisfying. This was a great win though. You come to the end of the stages and you don’t really care how you have done, its just all smiles in a Ford Escort”.

The battle for the final podium was a little closer between Elliott and Price, but nevertheless didn’t change all event long with the honours and maximum British Historic Championship points going to Elliott. An equal fastest time on the final test with Pryce showed intent but wouldn’t be enough to overhaul the leader.

Stanley Orr and Grahame Henderson were “surprised” to finish fourth in their Category 2 Ford Escort Mk1 with Simon Webster and Jez Rogers overcoming a last-minute drama to secure the fifth spot.

The four-wheel-drive heavy hitters were the mainstay of the National B section and Hirst was challenged all the way by Milne and Rowlands. Milne would make the trip from Scotland and fought hard during the morning loop, closing the gap from eight seconds to four. But he couldn’t match Hirst in the afternoon and settled for second.

Ffestiniog based Rowlands bedded in perfectly to his Ford Escort and set some stunning times against more powerful machinery in the dry and dusty conditions. But he couldn’t make up the morning’s deficit and ended the day third.

“I really can’t believe this,” said a surprised Hirst at the finish.

“I’m really over the moon with this win. Declan (Dear) and I have tried so hard over the last few years and to finally do it means quite a lot indeed. I’d like to dedicate the victory to Shawn Rayner and Steve Dear”.

Marty McKenna and Martin Brady brought their Ford Fiesta WRC over from Ireland to the event to finish fourth, whilst Harry Gardener and Elliott Grahams Subaru Impreza rounded out the top five.

More information and full results can be found at www.rallynorthwales.co.uk 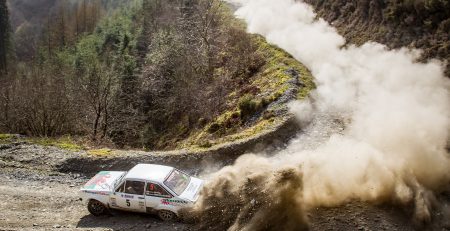