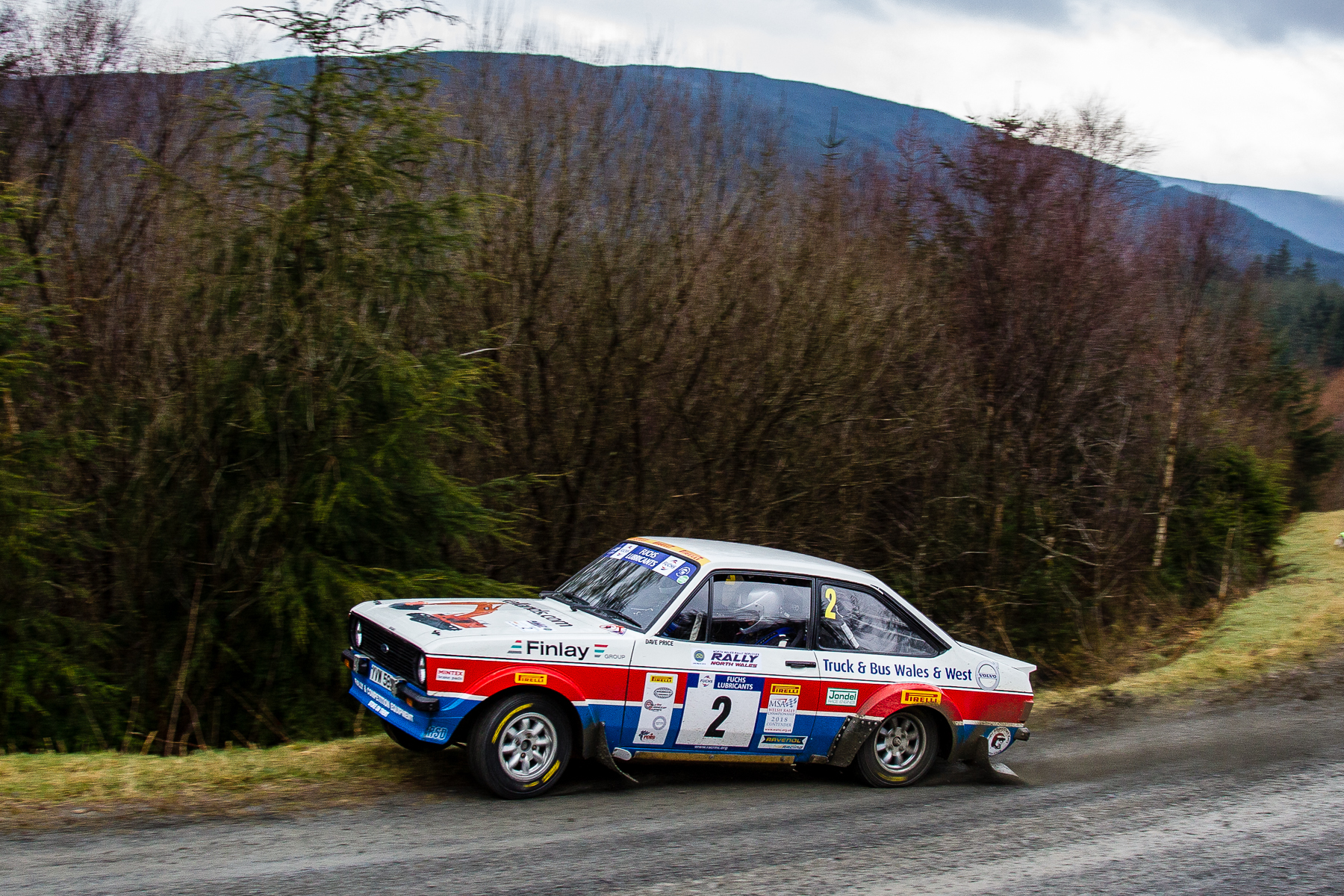 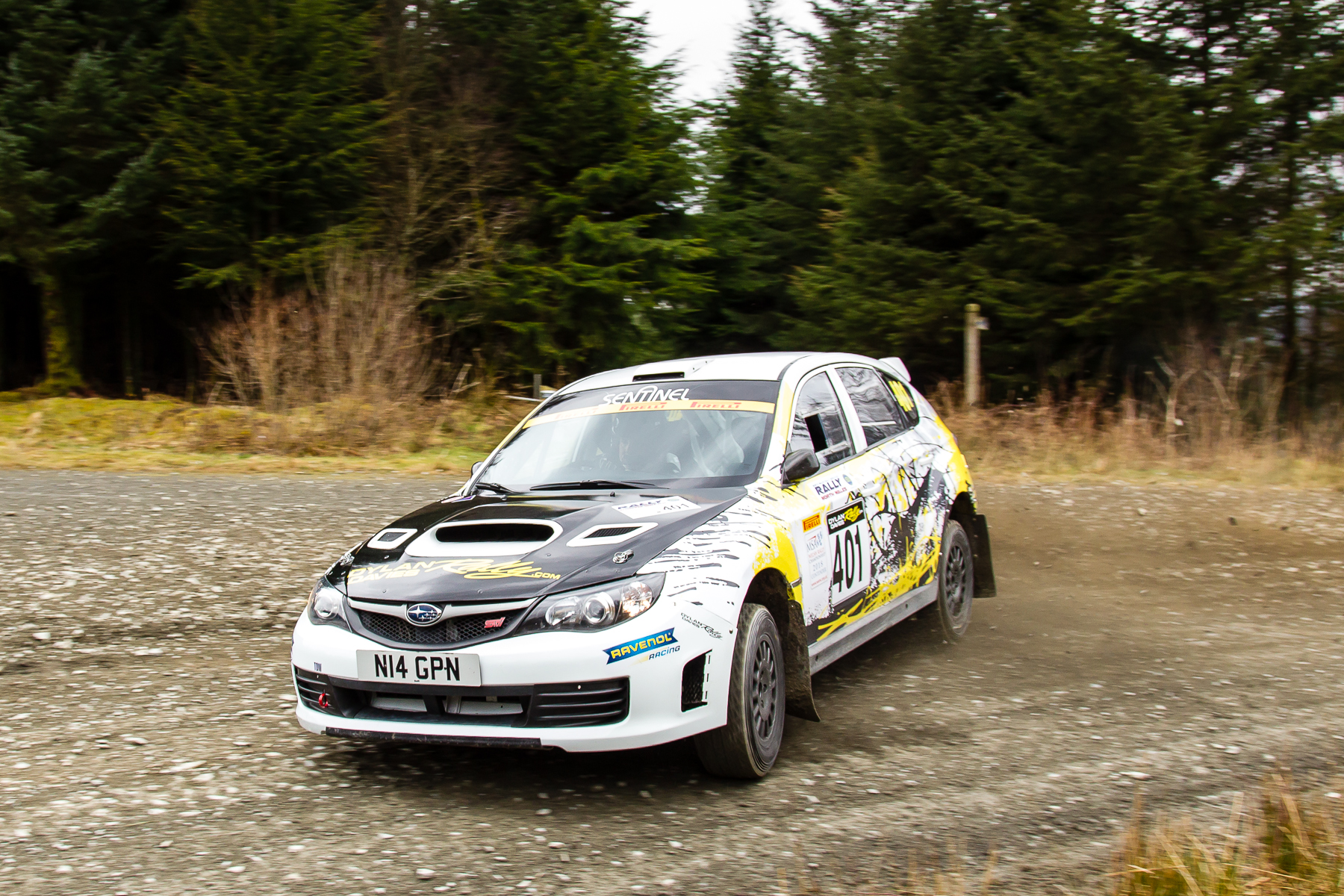 The 60th running of the Wolverhampton and South Staffordshire Car Club organised rally saw a shift in format for the 2018 event as over 120 crews headed to Dolgellau for the opening round of the Fuchs MSA British Historic Rally Championship, Rally2 series and second round of the Pirelli MSA Welsh Rally Championship.

In a change from previous years, the rally consisted of two separate events with the two wheel drive contenders (Rally2WD) starting early on Saturday morning before a lunchtime finish. The four wheel drive group (Rally4WD) then started their event, returning to the ceremonial finish just before dark. Both events enjoyed 45 miles of world famous stages in the Dyfi and Gartheiniog forest complex.

In the two wheel drive event, Ieuan Rowlands and Emyr Hall would set the pace for others to follow with a time 22 seconds faster than the chasing pack in their Hillman Avenger.  Their impressive hard work would sadly be undone on the very next stage, parking the Barry Jordan loaned machine up with mechanical issues.

This left last year’s Rally North Wales winners Elliott and Price to head the field on stage two in their Ford Escort MK2 and it would be a position they would never relinquish, taking maximum BHRC and Welsh Championship points in the process.

“There was some big pressure on us today with plenty of really good people behind so to come away with the win is a great start to the season” said Elliott.

“The pace out there has been impressive but we had a really clean run and kept out of trouble. The stages have been excellent and I’m glad we hooked it all together, we are very grateful winners!”

Behind Elliott, the battle was well and truly raging with Dolgellau residents Osian Pryce and Dale Furniss marking out their debut in a Ford Escort MK2 with a string of impressive times throughout the day.

Marty McCormack made the trip over from Ireland, recruiting 2017 BHRC champion co-driver Phil Clarke alongside. They had a somewhat slower start to the day, but turned their pace around in the afternoon to take second spot. Paul Barrett and Dai Roberts also worked hard to climb the leader board to take third.

Local knowledge aside, Pryce soon adapted to his new surroundings and could have easily taken the battle to Elliott, but a final loop puncture saw him drop down the order to finish fourth. Steve Bennett and Osian Owen rounded off the top five.

A small but competitive field of four-wheel-drive crews headed out to contest the same loop of stages, leaving Dolgellau just as the Rally2WD contenders returned. Leading the group away, Lampeter’s Dylan Davies and Llion Williams were pre event favourites in their Subaru Impreza and they did not disappoint, taking fastest time on each test to win by over a minute from Matthew Hirst and Declan Dear’s Mitsubishi Evo IX.

“It’s the same as every rally we needed some good points (for the Welsh Championship) but you still want to do well at the same time so we just came here and tried our best” said Davies.

Wug Utting and Bob Stokoe took the final step of the podium in their Impreza with Paul Davy and Roger Allen’s similar machine just behind in fourth. Bob Morgan and Adie Williams rounded off the top five in their unique Skoda Fabia VRS.

For a list of full results, please visit www.rallynorthwales.co.uk