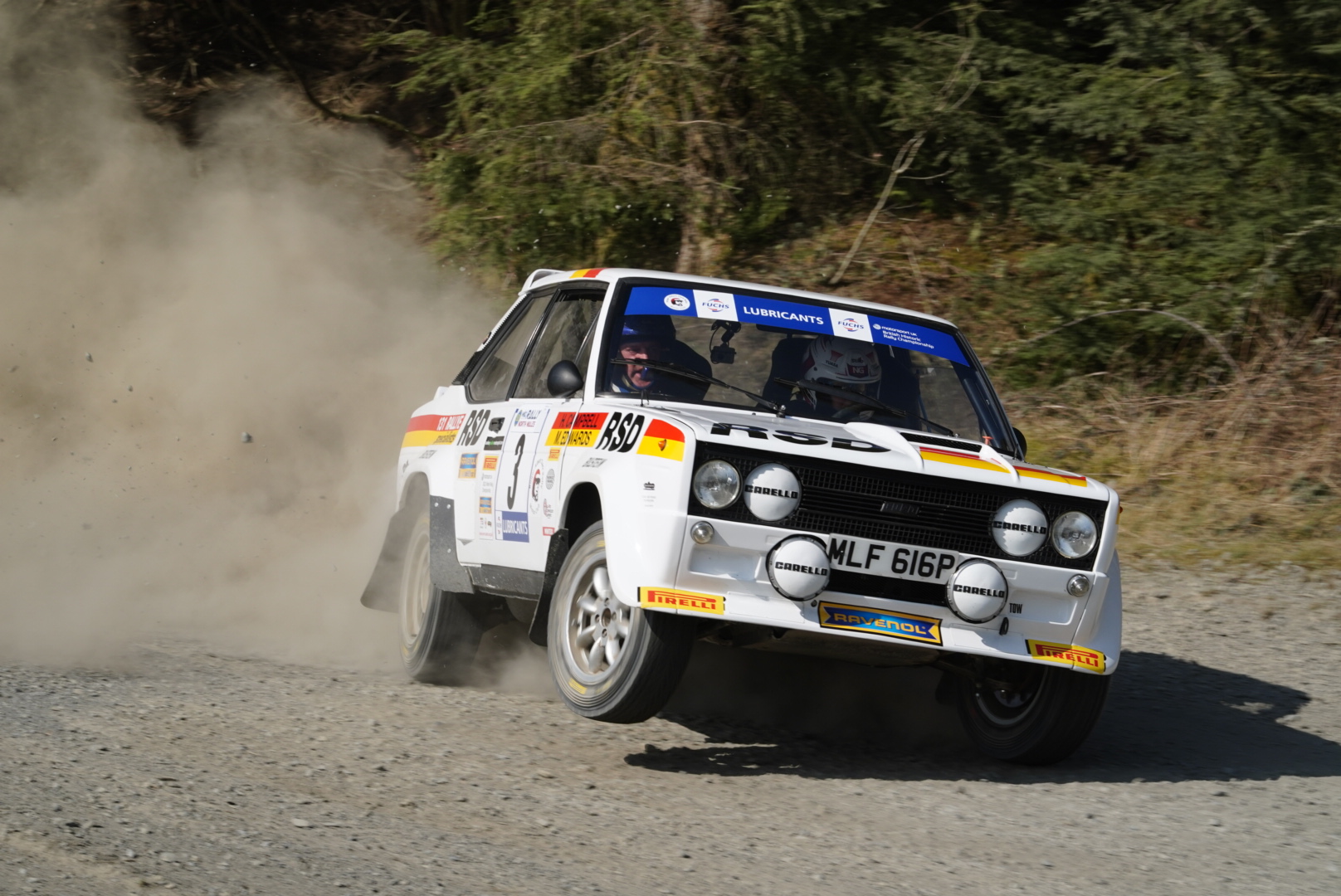 Edwards, from Conwy and co-driver Hamish Campbell blasted their FIAT 131 Abarth to a nail-biting Historic category win in the National Rally whilst Hirst and co-driver Declan Dear sealed their second Interclub win in a row at Rally North Wales, taking their Ford Fiesta R5 to six stage wins in a fine display, during what would be a difficult day of competition for many crews.

The popular motorsport event, sponsored by leading multi-disciplined dog training firm WKD Trained Dogs would return after a two-year break due to the pandemic and a bumper list of around 160 crews assembled to tackle eight stages of classic Welsh tests in the Dyfi, Gartheiniog and Pantperthog forests.

Competitors in the MINI Challenge tackled a shorter, more cost-effective rally during the day, only contesting the opening four-stage loop, designed as the perfect introduction to forest rallying.

Unseasonably warm conditions on the lead up to the event would make the forest surface more abrasive than usual and many top crews would fall by the wayside during the day. Tyre management would be key to success in all three categories of the event with the super-fast stages set to test some of the best drivers in the country.

Elliott and co-driver Dave Robson had the upper hand on the opening stage in their Ford Escort MKII before Edwards retaliated and the two drivers entered a battle over the morning loop, swapping seconds and the lead in the process. Elliott would enter the mid-point on top of the leader board, but a puncture set him back, leaving Edwards to claw his way into the lead. Despite suspension issues of his own, Edwards performed impeccably over the afternoon tests to score his maiden BHRC victory.

“I`m pretty ecstatic with this win, to be honest,” said Edwards

“I think this is the fourth of fifth rally we have done in the car, and we have always had challenges to overcome. Today has been no different really, we bent the subframe and had a weld break on the suspension and even had a puncture on the fourth stage so almost had to go into survival mode, I guess. But we knuckled down and got on with it. We are here to promote the car and I think today has proved it can do the job.”

In the Interclub category, James Williams and Jamie Edwards were the fastest out the blocks on the opening test in their Hyundai i20 R5 but would fail to emerge from the second stage, allowing Hirst to vault into the lead. Driving his new Fiesta R5, Hirst was locked in a fight with Lampeter’s Dylan Davies and Mark Glenerster in their Skoda Fabia R5.

But Hirst had the upper hand to seal his second Rally North Wales win, adding to his 2019 victory.

“It’s a new car to us and we came here trying to learn and it was obvious pretty quickly that if you have a steadier approach then the times come to you if you try and push, it’s just not there. It means a lot to me [to get back-to-back Rally North Wales wins], we have worked hard for it and so have all the team, it’s a nice achievement.”

Full Results can be found at www.rallynorthwales.co.uk 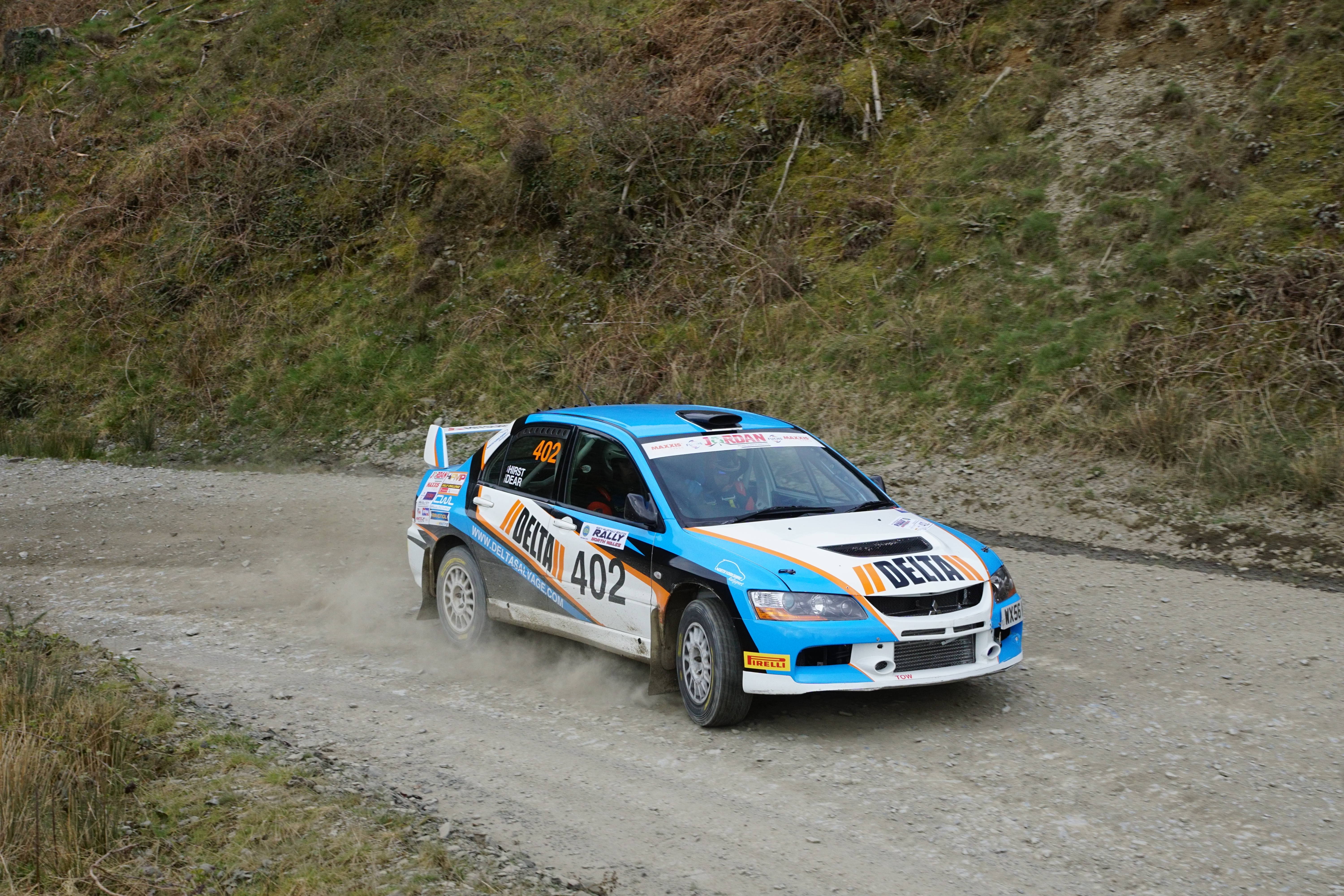